The character Kokopelli is a sacred figure and can be found in many Native American cultures. It is famous in the Anazasi culture of the "Four Corners" area in the southwest of the United States. His name may have been derived from the Zuni name for god (“Koko”) and the Indian name for the desert robber fly (“pelli”), which may come from the fact that this insect too, has a hump on his back.

He is the only anthropomorphic petroglyph with a name and dates back over 3,000 years ago, when the first petroglyphs were carved. In the Hopi and Zuni legends Kokopelli is an important figure. Carvings of this hunch-backed flute-playing figure
have been found painted and carved into rock walls and boulders throughout the Southwest. Kokopelli is always shown as a hunch-backed and flute-playing figure combining lots of myths. He is not only known to bring the change of winter to spring by melting the snow or to bring rain for a successful harvest by playing his flute. Some also say that the hunch on his back depicted the sacks of seeds and songs he carried.

But also it is said that he was the source of human conception. The music heard of his flute would make everyone dance and sing throughout the night and the next morning every maiden would be with child which probably explains his nickname “Casanova”…

Wherever the true meaning of his name comes from he has been a source of music making and dancing, and spreading joy to those around him for hundreds of years.

"If Kokopelli has lured you with his magical flute, it is time to listen to hi song.

This song is one of fertility. You are being asked to use your talents to create
fertility in some area of your life. If things have been slow moving Kokopelli's
song is saying that whatever you intend to plant at this time will be very productive for you.

Planting seeds for the future takes effort on your part, so now is the time to use your skill and resources to make use of the magic. If you have a project to begin or an idea to develop, the timing couldn't be better. Shift away from any old, limiting ideas and move forward. The time is now - the power is you !" 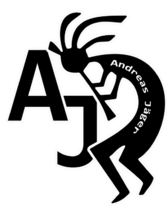 There´s a dark moon on the sand

Then nothing was ever the same again

This land is in their hands

A thousand years of tribeland

Greed and lust it stripped the earth bare

When the white fool came to a new land"